Turns out, Grendel was a Cicada Killer

The other day I sat in my car for a solid five minutes because I had seen a huge, black, Grendel-esque beast of a flying insect hovering near my front door. (I should mention that I saw this flying Grendel as I was walking to my front door and made a full-on retreat, post-haste back to my sweltering car. And yes, it was THAT big.) Worse, the creature made a buzz that was louder than an angry hummingbird’s, and it hovered, looking at me (I swear it even tilted its head). I actually said to myself “Well, I’ll head back out and run another errand. When I get back, it will have moved on.” Twenty minutes later, with a newly purchased (and unneeded) extra half-gallon of milk, I tried once again to enter my home. Guess who was still there? Yep, Grendel.  I threw some pebbles from my driveway (I’m no Beowulf ) in its direction and ran past him as he dashed off to escape my air raid.

From the safety of my front window, I saw that the creature entered a small hole in my walkway and stayed there for a couple of minutes. I walked over to the computer and googled “creepy, huge, black wasp in a hole.” Amazingly, an image popped up almost immediately of the very same bug. And lo and behold there were other terrified homeowners asking the same questions “What the heck was that thing?” and  “Can it kill me?!?”

Turns out, Grendel was a cicada killer. A name that sounds menacing, but if you’ve seen a cicada up close (Bleh!), you start to be a kind of cheerleader to this gigantic cicada killer. Worse than bad looks, cicadas are notorious tree killers, and cicada killers keep these tree-eaters at bay (by dragging them into their burrow and eating them, of course. Ah, the Circle of Life!) I was much relieved to learn that male cicada killers don’t even have a stinger! And females have a stinger but are not at all aggressive. (Check Youtube, there are videos of people holding cicada killers.)

So my initial Hulk-like reaction to smash, smash, smash the cicada killer would have been a mistake based upon a lack of information and fear. I would have destroyed one of Nature’s best ways of eliminating the pesky cicadas that kill our beautiful trees. I can’t say I’m in love with the gal or guy. In fact, I’d still prefer that she or he not live RIGHT in front of my door. But the other day, I got to watch this hero carry a cicada twice its size into its burrow. Amazing.

Not all flying insects (even those that resemble Nordic bad dudes and the mother alien in Alien) should be judged the same. Sometimes, the more menacing they look, the more it is a front, in fact.

We have to learn to differentiate between the real bad guys who harm our bodies, our homes, and serve little benefit to us, and the good guys: the beneficial flying buzzers who pollinate our crops and eat pests. Always use Google. Look up the particular flying insect that seems to be lingering around your home. Like me, you may be surprised to realize that the ominous-looking critter you were going to smash is more a friend than a foe. If it is a friend, leave it be. My cicada killer will only live in its burrow for one or two weeks and then move on. I can deal with a week or two, especially if it means fewer cicadas in my trees. 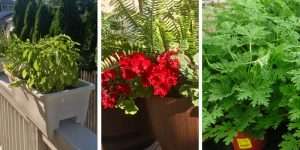 Over the last three summers we’ve used our backyard as a kind of outdoor laboratory to find the best plants to naturally repel mosquitoes. The 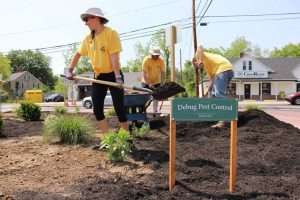 An Unlikely Pairing: A Pest Control Company Saving Pollinators One Garden at a Time

Debug Pest Control is putting its team to work saving honeybees (and gosh, it’s pretty) Drive through downtown Chepachet, Rhode Island and you might be 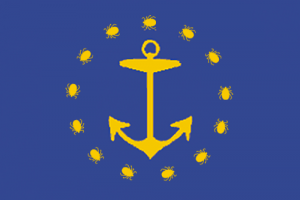 An unusually large amount of acorns falling from oak trees in the northeast two years ago fed a population boom of mice last year. And